Hacks, Leaks and Breaches: Our Top 6 Stories of 2016 2016 brought more hacks, leaks and breaches to light than any previous year. Many of these issues will persist into 2017, especially with all the claims around the Russians hacking the DNC, a rise of DDoS-for-Sale services and ransomware continuing… Read more » 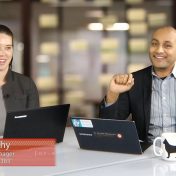 #CyberHeadlines: Adups Secret Feature Sending Sensitive Data to Shanghai Server, Unwittingly to Users An elusive story was released by the NY Times on Tuesday, November 15, about a Chinese software which collects data from phones, unwittingly from the owner. The Shanghai Adups Technology Company, who wrote the software, claims their… Read more »